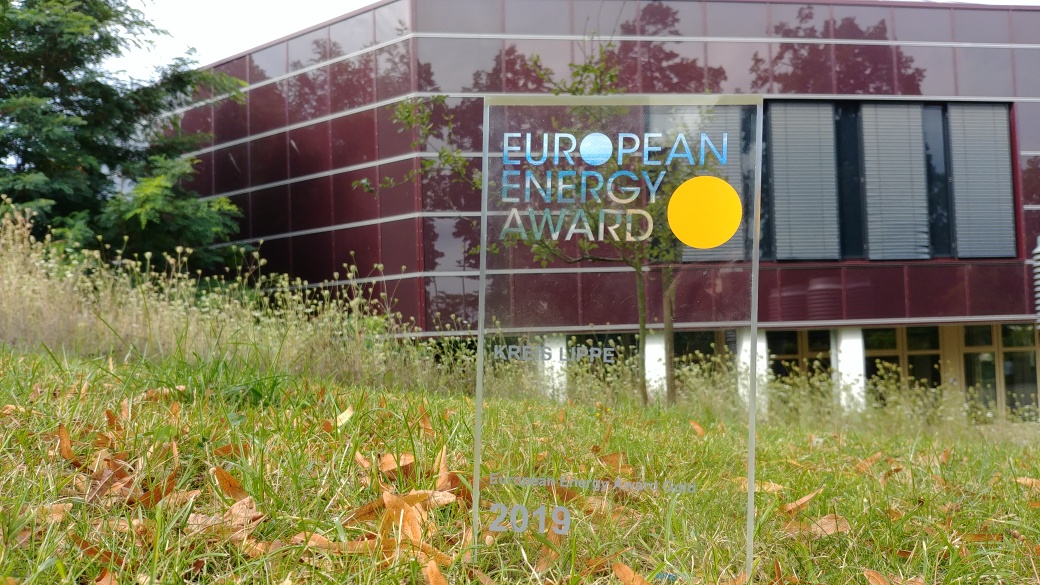 EEA GOLD for district of Lippe

On 24 August 2020, the district of Lippe was awarded the European Energy Award in Gold as the best participating EEA district. The award was carried out by the Federal Office EEA and the EnergieAgentur.NRW at Schloss Rheder in Höxter-Brakel.

The EnergieAgentur.NRW writes in its press release: The district has been participating in the European Energy Award since 2010. Within the framework of the Excellence Initiative “Master Plan 100% Climate Protection” of the Federal Government, the eea activities could be supplemented by an intensive expansion of inter-municipal cooperation with the Lippian cities and municipalities. Another focus of energy activities was the “Lippe_Re-Klimatisiert” (LiReK). An overall strategy for mobility, behaviour and buildings, including the refurbishment of the district house, was drawn up here, which will be implemented with funding until July 2022. The successes in the eea were just as important a building block on the way to the funding qualification of the project as in the successful application for the hydrogen model project HyDrive OWL and the EU-funded project Evolving Regions, which will deal with climate change adaptation.