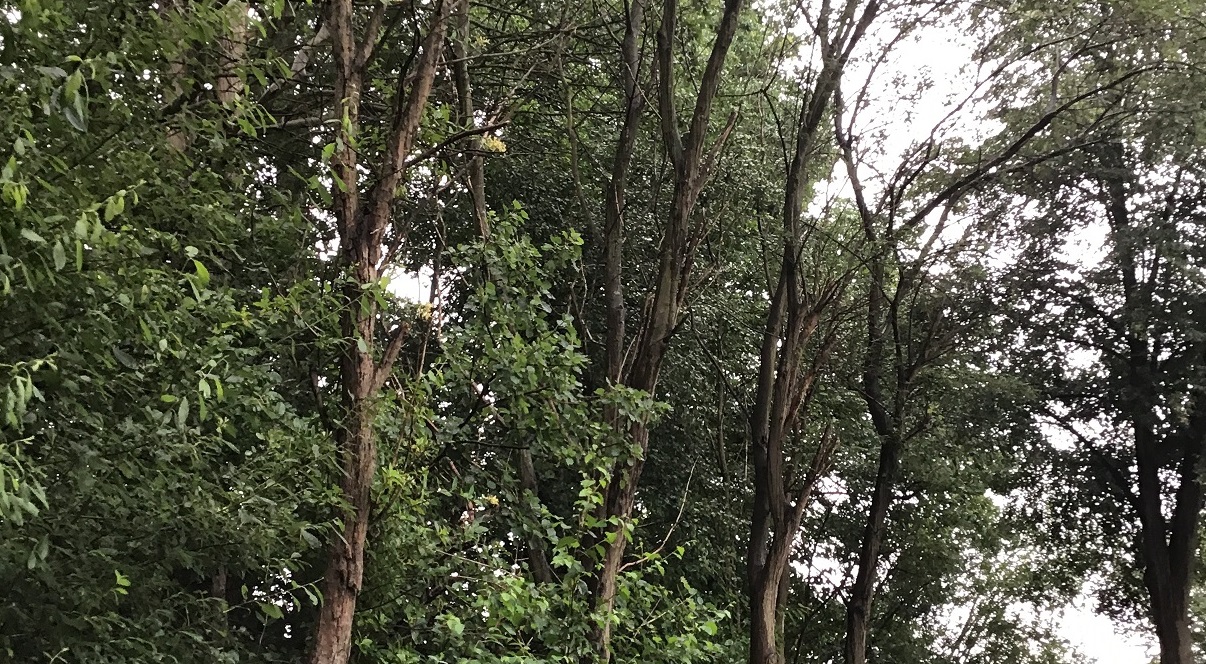 In Minden-Lübbecke district, the consequences of global climate change are manifested in the form of heat events, drought and heavy rain, which is linked to flooding. In addition to protecting the climate, the Minden-Lübbecke district is therefore also required to adapt to climate change in order to protect the natural and cultural landscape and to adapt it to climatic changes.

Climate signal drought – In 2018 and 2019, numerous trees in Minden-Lübbecke district suffered from dry stress. In 2019, according to the district’s building and planning office, the tree damage was so severe that half of the treetops of many trees dried up. Until the summer of 2020, these trees have not been able to recover, so they had to be felled or damage repaired.

The district of Minden-Lübbecke is now carrying out climate impact adaptation and counteracting drought stress with watering bags. These are placed on the watering ring, attached to the tree and then filled with water. The water from the bag is then released into the ground through the perforated bottom within 7 to 9 hours by slow drainage irrigation. Watering bags are a current example of climate impact adaptation, which supply trees with water, especially in new plantations. The capacity of the watering bags is around 100 litres. In 2020, various new tree plantings were carried out in the district area.

The minden-lübbecke district now wants to take part in the action every year and to involve as many people as possible. Tree planting is an important measure to adapt to climate change, as trees provide shade and cool the air by evaporating cold on heat days. They also protect against soil erosion in the event of heavy rain events.